NEWS BY YOU, FOR YOU

Whether it's a romantic gesture or a simple kindness, loving actions are appreciated and remembered forever. Here are a few of the most loving things folks have done for your Jones Companies family members. 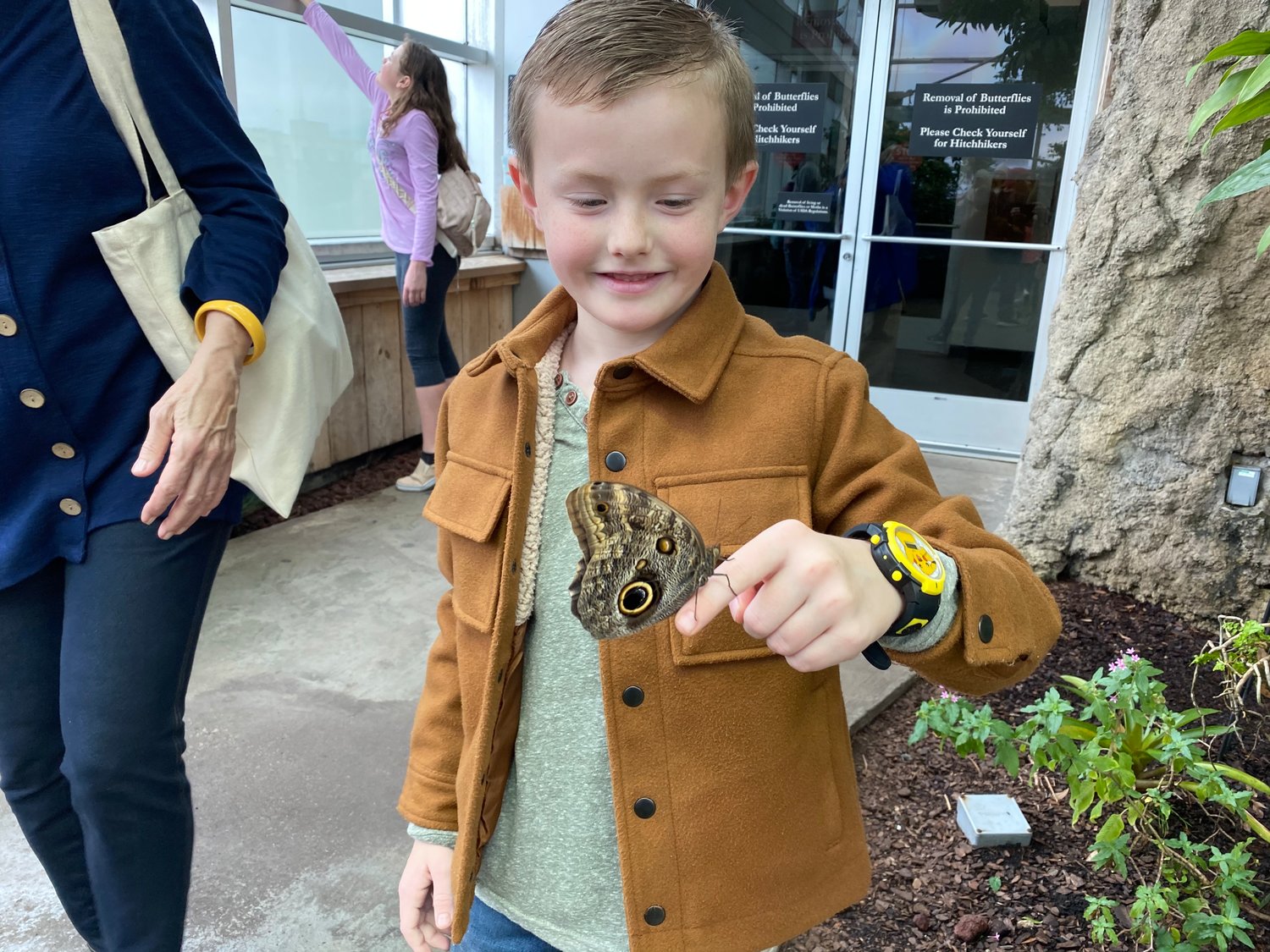 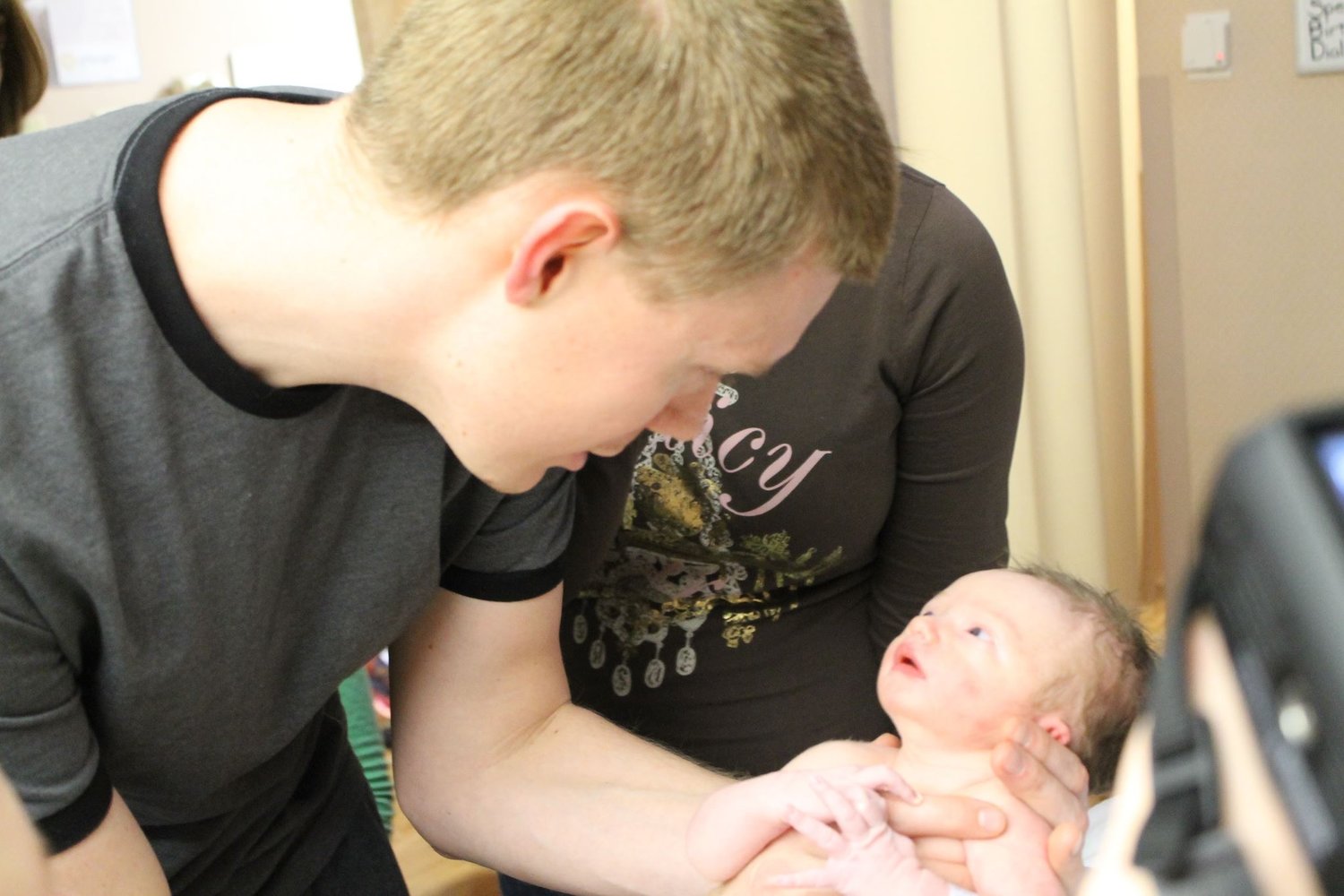 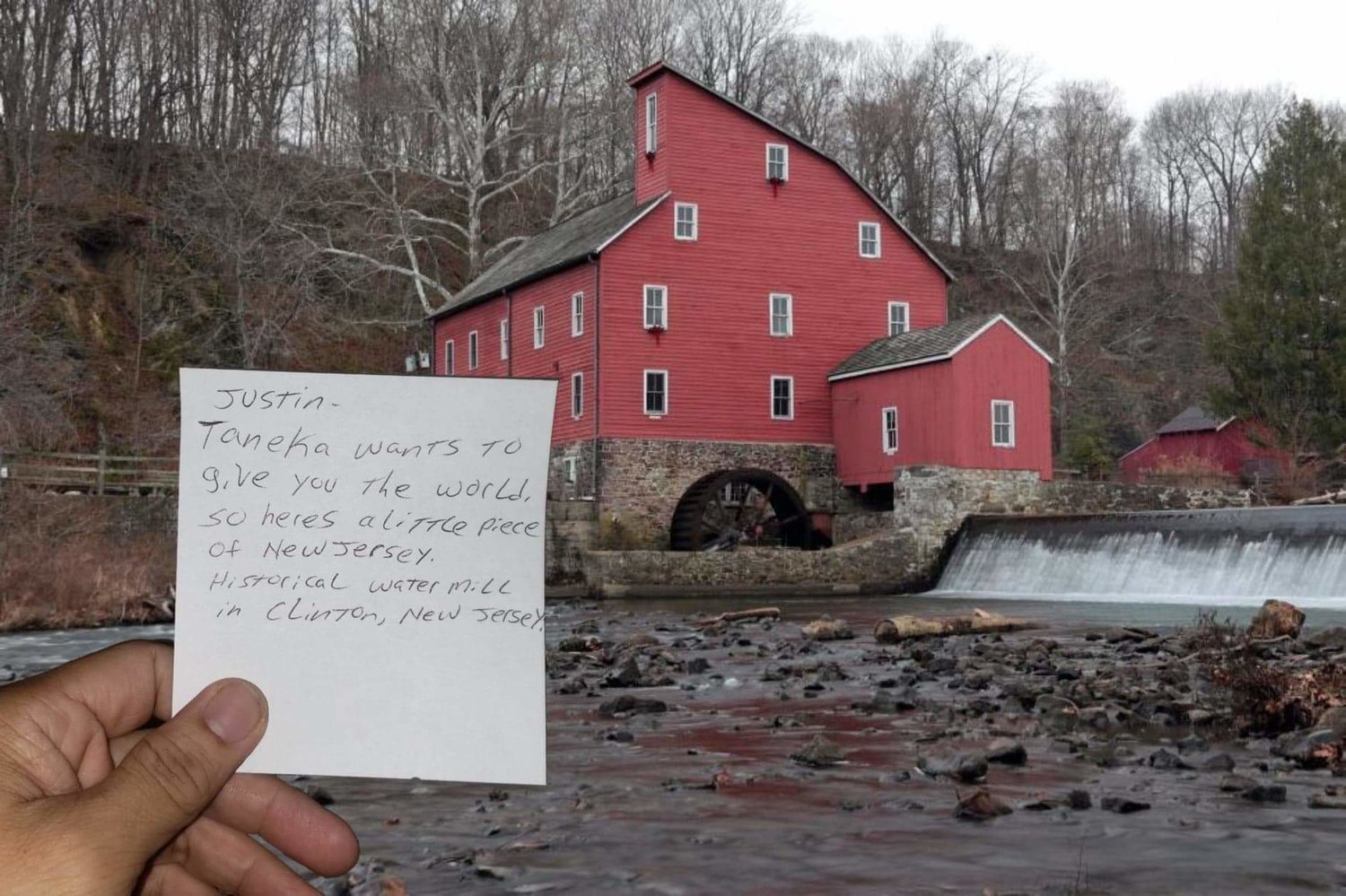 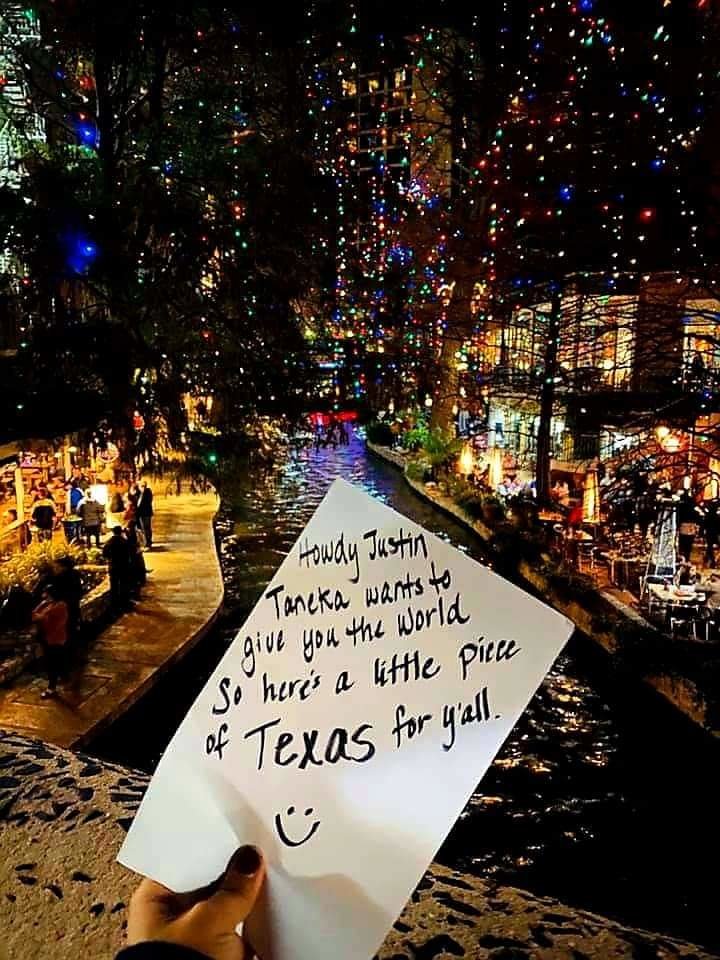 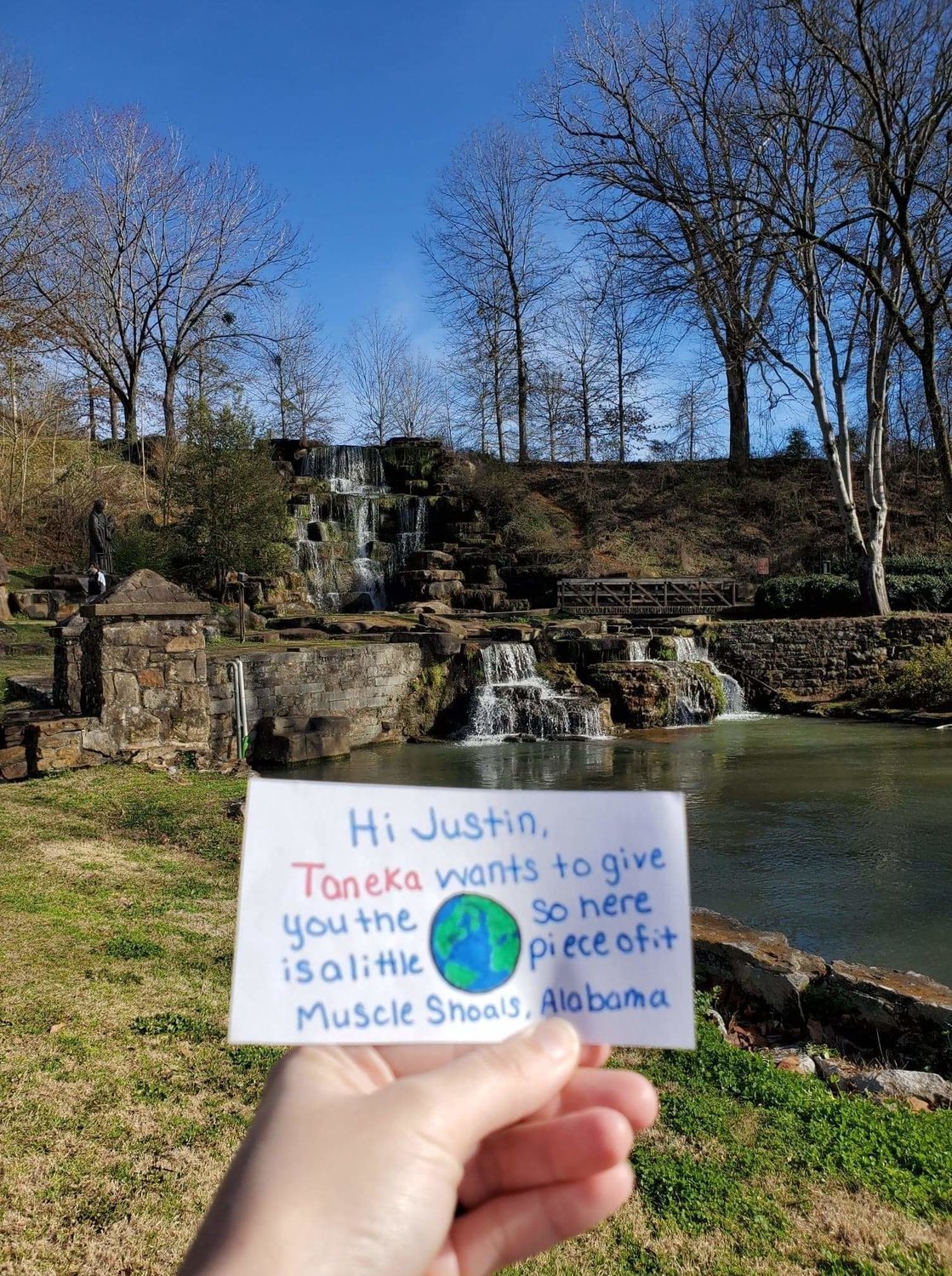 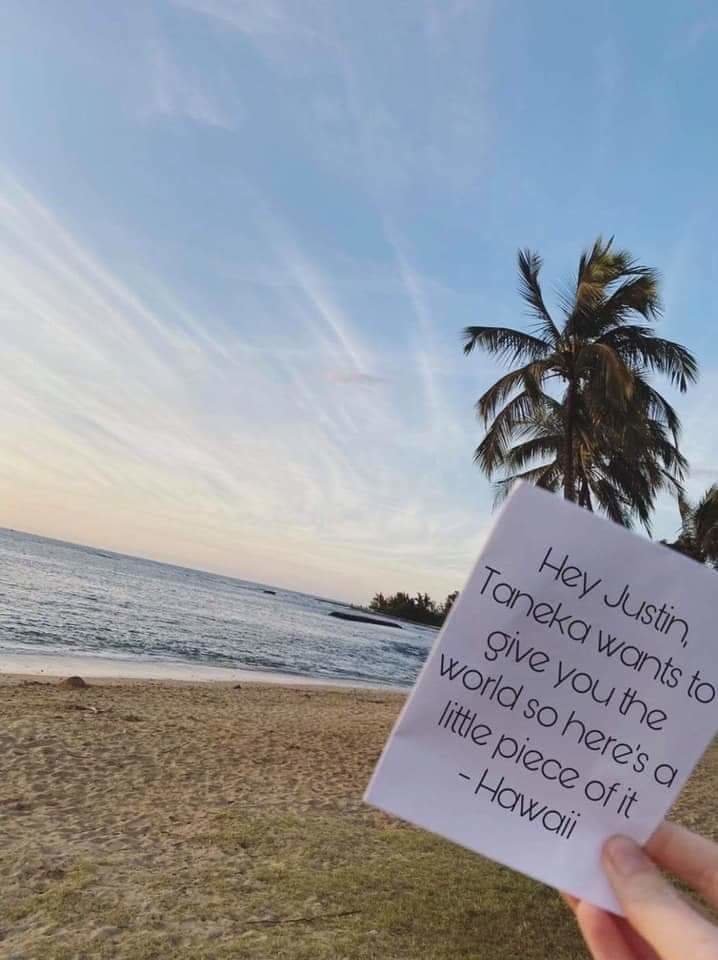 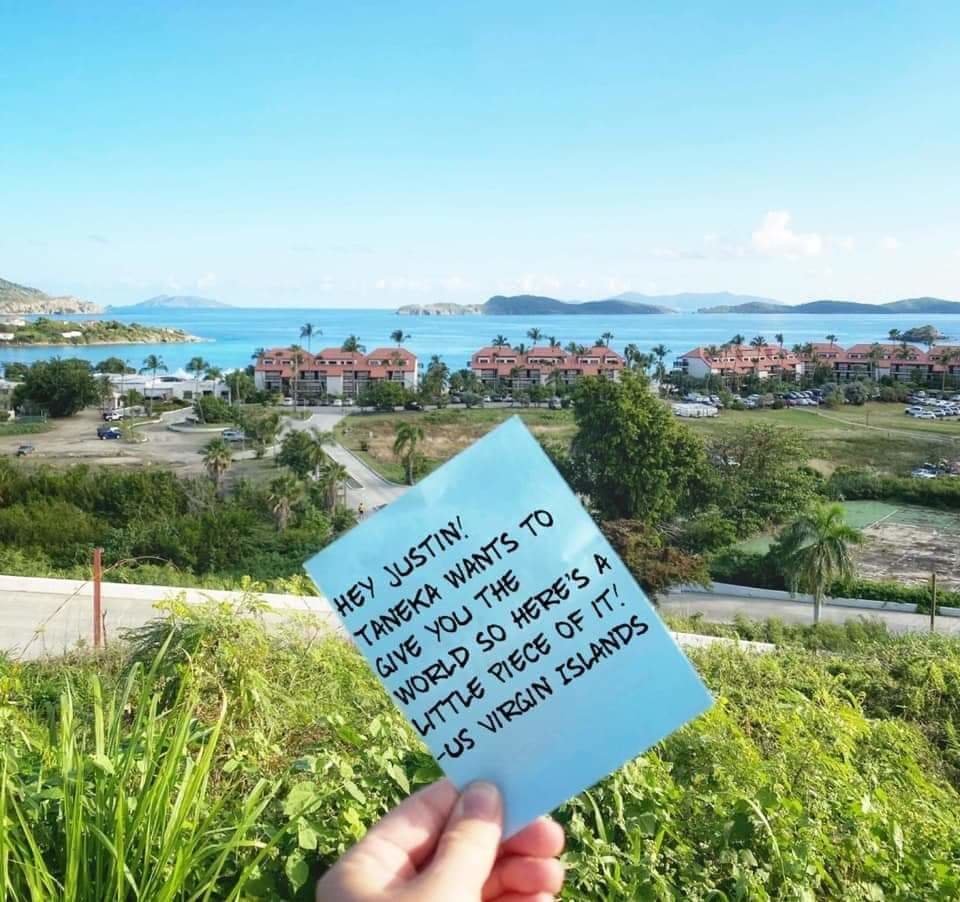 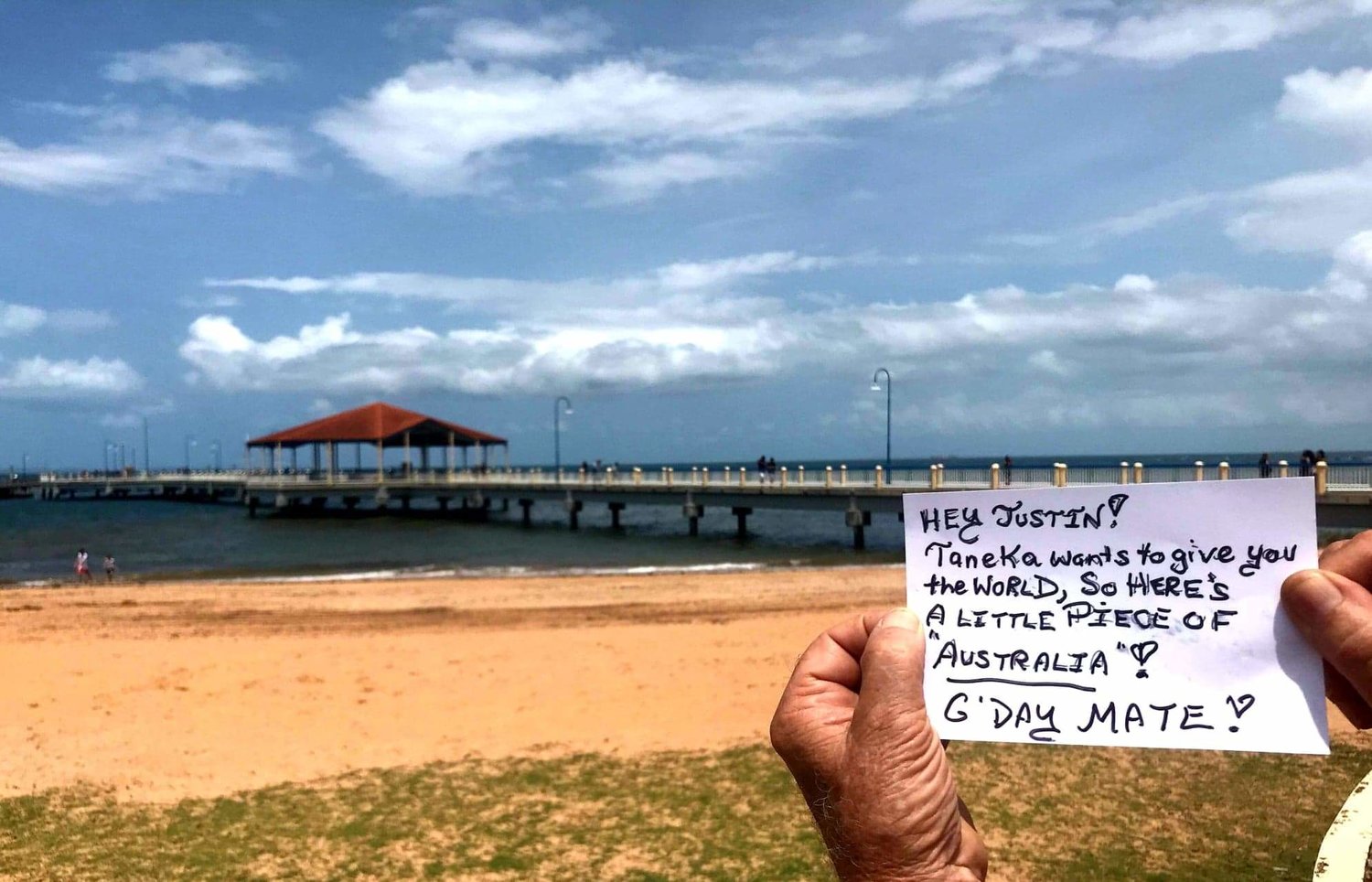 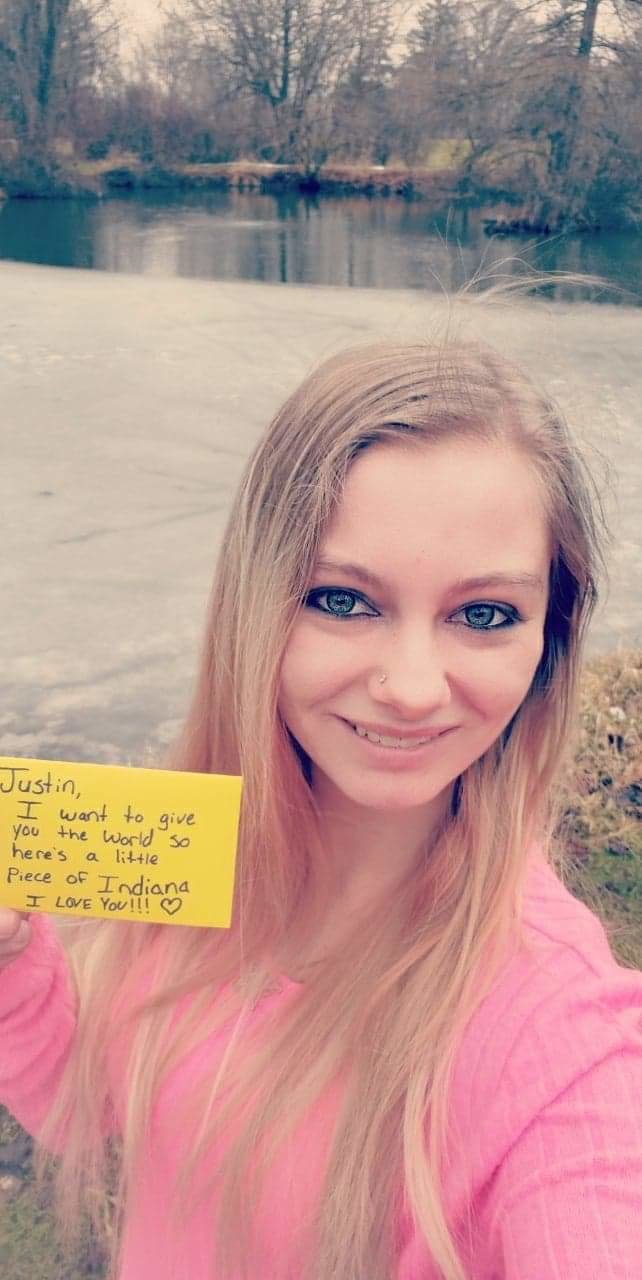 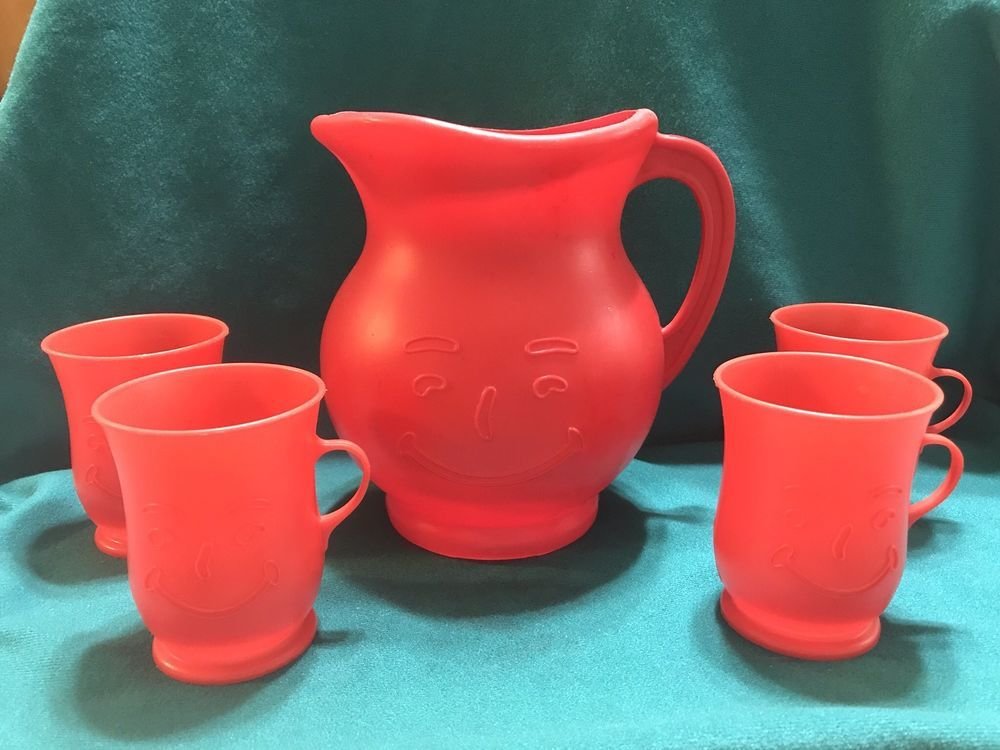 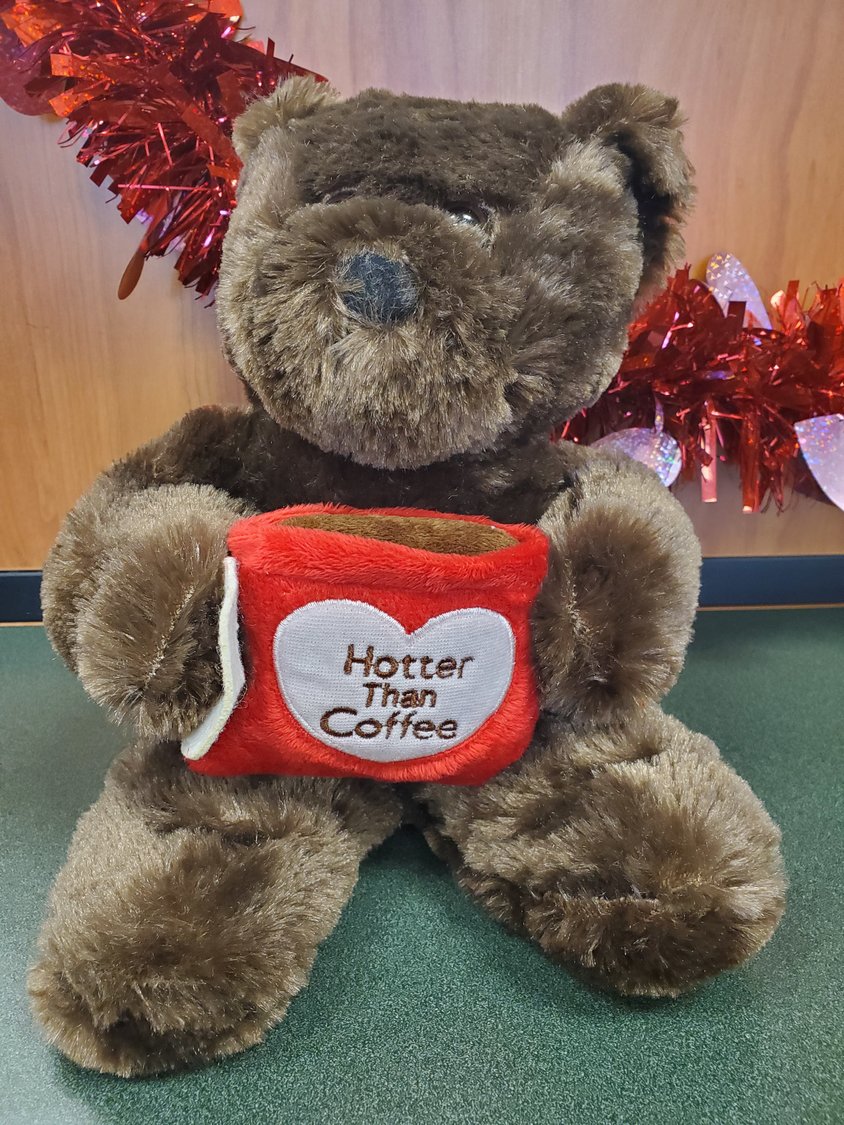 "I have the perfect sweet story! My CSR is the most thoughtful and amazing girl in the universe. I don't usually celebrate my birthday, but she surprised me with a huge photo blanket of pictures of my 3-year-old son for my birthday! It was seriously the most amazing gift anyone has ever gotten me. I am so blessed to have her in my life."­—Brandie Parker, Manager of Check Into Cash Center 23004 (2433 Ponderosa Drive, Chickasha, OK)

"Last year, my boyfriend bought me tulips. This year they started growing again, and he says, 'Awesome! Regenerative gifts are the best! I don't have to get you anything this year.' Me: 'Grrr!'"—Angel Olson-Rivera, Assistant Manager at Check Into Cash Center 19045 (1100 South State Route 260, Cottonwood, AZ)

"I LOVE coffee. I drink multiple cups all day long even before bed. So my 9-year-old daughter, Autumn Rose, received money for Christmas from our Mamaw. It is tradition that she gives us the money and she takes us shopping the weekend of her birthday. However, she was unable to go shopping until about a week or two ago. So my daughter comes in and says, 'Mommy! I got you something with my money!' She then proceeds to hand me a teddy bear that says 'Hotter than coffee' on a coffee mug it is holding. The best part, other than she used her money to buy me this Valentine's Cay bear, is the fact that it actually smells like coffee!"—Eva Cantrell, Manager at Check Into Cash Center 3014 (1949 North Dixie Boulevard Radcliff, KY)

"On Valentine’s Day, my husband came home from work and realized he forgot to get me a card.  Now you had to have known him because he always thought Valentine’s Day was just a day for Hallmark and florists to make money. He dropped his brief case and kicked off his shoes and ran into the den and closed the door. I could hear him in there digging through something but wasn’t going to ask what he was doing. A few minutes later, he emerged from the den and handed me a homemade Valentine's Card made from red Christmas paper. It still means more to me than any other card he gave me because the message inside was from his heart."—Mary Jo Wolf, Check Into Cash Collector

"My boyfriend and I started out dating long distance. I live in Indiana and he lived in South Carolina at the time. We talked for months and video chatted each other every day, and then in October of 2018 he surprised me by telling me he was going to drive 11 hours to come see me for the first time so he could ask me out in person.  Now we live together and have been together for over a year!"—Katelynn Davis, Customer Service Representative at Check Into Cash Center 2044 (2596 Walton Boulevard, Warsaw, IN)

"Valentine’s Day will forever have a special place in my heart. Our first child, Weston, came into this world on February 14, 2012. After a long and grueling labor, my wife successfully delivered our little boy in the afternoon, and we both fell in love all over again. Our son brought a fresh new meaning to what we previously saw as somewhat of a cliché holiday, and we now focus our energy on showing him a little extra love during this time. And he has no issue sharing his day with St. Valentine, as he absolutely loves picking out cards and treats to hand out to all his friends. He even enjoys picking out and giving a little something special to his younger sister every year. Weston is such loving and kind child, so it seems fitting for him to be born on this day."—Brad Baum, Check Into Cash Marketing Associate

"When my now-husband and I were first dating, I got sick and was in the hospital for a few days. One day when he came to visit me, he brought a big bag of goodies—all my favorite candies, magazines, nail polish, and even a new pair of fun pajamas to wear while I was in the hospital. He had a little help from my sister, but still­—so sweet and so thoughtful."—Courtney Stout, Assistant Manager at Check Into Cash Center 2081 (1531 G Street, Bedford, IN)

"This year for my 33rd birthday, my girlfriend got me the one of the most amazing things I have ever gotten! So about this time last year she started working on a project and refused to tell me what it was, until February 3, my birthday. Over the past year she has reached out to more than 100 people and joined various Facebook groups to make one thing happen. She got people from all over the world to make handwritten notes telling me she loves me and wants to give me the world. Every one of the notes was held up in a photo where that person lives, from Germany to Australia, Indiana to Hawaii! The photos from all over! It was amazing. If that doesn't say I love you in a super creative way, then I don't know what does!"—Justin Williamson, Manager at Check Into Cash Center 2077 (8240 North Lima Road, Kendallville, IN)

"This happened before I worked for Check Into Cash, but back in 2003–04, my husband was deployed to Iraq during Operation Iraqi Freedom. He was told last minute that he got to come home for R&R for two weeks. I was talking about it at my then job, and some of the office ladies overheard me and asked me to come into the office. A few minutes later, they booked him a ticket home using their rewards miles so that it ended up not costing us a penny for him to fly home. I broke down in tears because I wasn't sure how we were going to get him home since it wasn't a planned expense for us. When he finally made it home, he went by my work and thanked the ladies in person. I can't think of anything nicer that anyone has ever done for me or us."—Jennifer English, District Trainer Manager/Dual Store Manager, Nations Quick Cash Center 24304 (1654 Douglas Avenue, Brewton, AL)

"While in college, I dated a young man who shared an apartment with his brother. We were fellow art students and we all hung out together, often at their apartment. They had a jar on the kitchen counter, one of the only things in kitchen, and in the jar they collected Kool-Aid points, those small square stamps on the envelops of drink mix. Each stamp might have been worth five points. Over the three years I knew them, that jar grew more and more full, and I often laughed at their determination over something so silly. After graduation, we went our separate ways as our homes and families were in different cities. We occasionally wrote, sent sketches and drawings, and amused each other with stories of how we settled into our strange new adult routines. We agreed that we would not try to have a distance relationship but we remained friends and kept in surprising contact.  The Valentine’s Day after our graduation (and separation) a box arrived at my parent’s home. No one in the house had ordered anything from the company on the label. I opened the box to find the most amazing and most silly red, plastic Kool-Aid drink pitcher and cup set. There was no card or note, but I knew instantly as I looked at it that my friend had spent a TON of those silly stamps on me. I've never felt more affection from any other Valentine’s gift since."—Traci Miller, Check Into Cash UI/UX Designer

Show Me the Green!

Chili for a Cause